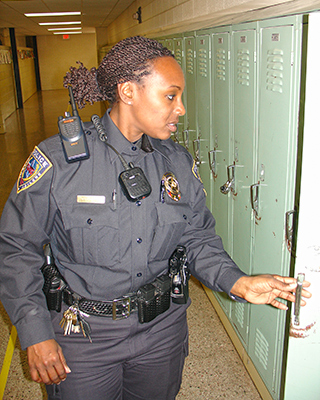 The mission of the division, in short, is to provide for the care, protection, and wholesome moral, mental, and physical development of children in its jurisdiction. At the same time, the division's mission includes protecting the community from unlawful acts committed by children. The division is committed to these functions through effective investigation of juvenile crime while stressing proactive programming that seeks to prevent juvenile crime and promote child safety.

The Youth Division is comprised of seventeen personnel:

The Youth Division's Investigative Unit is charged with the primary responsibility of investigating all offenses in the community committed by juveniles. The unit does not investigate crimes against children unless the suspect is also a juvenile. The Investigative Unit also investigates all cases of missing persons, regardless of age, reported to the department. We have a trained, critical missing persons team that is able to respond to any scene within 30 minutes. This team is also available to area agencies.

The Division's School Resource Officer (SRO)Program began in the fall of 1990 with the assignment of a single officer to the campus of Abilene High School. The SRO is responsible for handling any offenses or investigations which happen on the school campus; however, this function is considered secondary to the others listed.

The initial SRO proved to be so well accepted and effective that a second was soon assigned to Cooper High School. The program has expanded to include an SRO at each middle school and also one for the Wylie Independent School District. The SRO program has also implemented Campus Crimestoppers at each campus which has been highly successful at removing weapons and drugs from our schools. 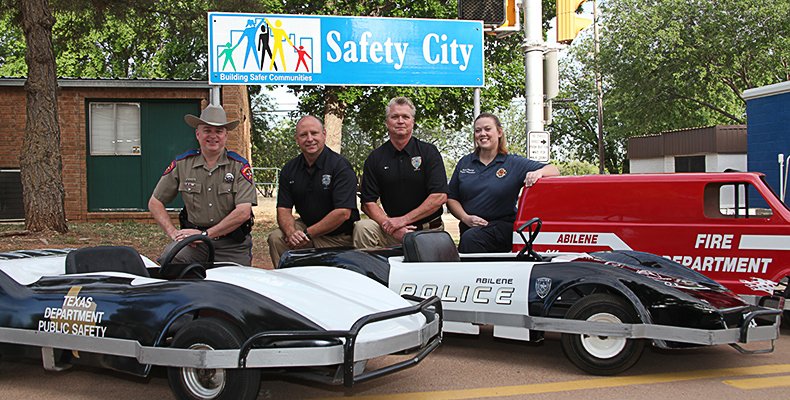 The Safety City Program was begun in 1981 through the efforts of:

Safety City is a child-sized town of:

It was created as a safe place where children can learn good traffic safety habits. Fire Safety was added in 2006 and Safety City now boasts of a new, state of the art, Fire Safety building and also finished in March of 2011 was a new police training classroom with stadium-style seating.