The Bike Unit may be deployed in a directive patrol anywhere an identified problem exist, such as an area of town experiencing a rash of burglaries or in the mall area during the holiday season in an attempt to prevent motor-vehicle burglaries. Patrolling via bikes has proven to be very successful and a valuable public relations tool. One of the great things about policing on bikes is that Officers can be highly visible when needed or extremely stealthy, too. 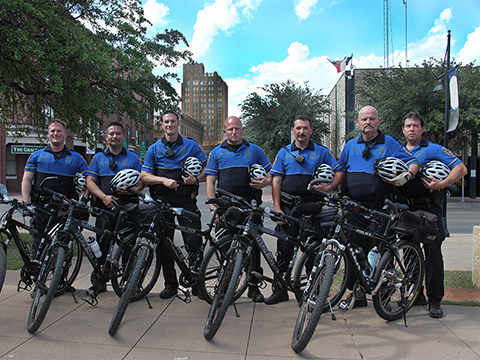