Funding for the construction of the Downtown Hotel is being achieved through the work of a public-private partnership, and a unique Hotel Occupancy Tax reinvestment opportunity made possible with the help of Abilene’s State Representative Stan Lambert, and State Senator Dawn Buckingham.

Just over $43.5 million of the downtown hotel’s total $66,635,000 million cost is being supplied through private fundraising done by the Abilene Convention Center Hotel Development Corporation, a nonprofit Local Government Corporation (LGC); the LGC will raise that money through the issuance of hotel revenue bonds, expected to be payable over 30 years, and the support of two local foundations.

The remaining $23.1 million in funding for the construction of the downtown hotel will finance the convention space within the hotel; $4 million cash on hand, $7.5 million in grants, $3.6 million convention & hotel revenue, and an estimated $8 million through the recapturing of Hotel Occupancy Tax generated by the downtown hotel, and made possible through Texas House Bill 2445. 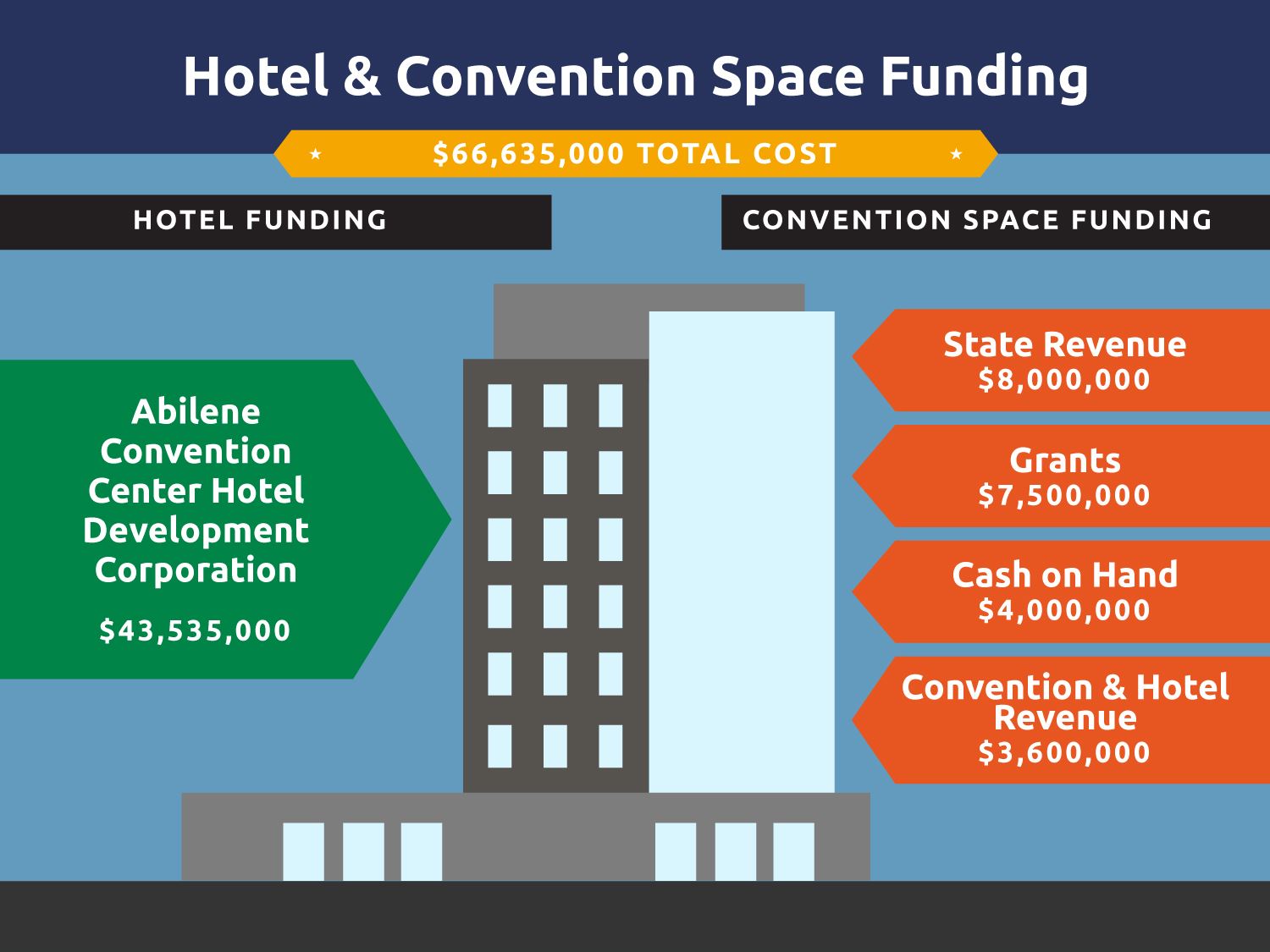 How the Hotel Occupancy Tax Works

Hotel Occupancy Tax, or HOT, is a tax hotel owners, operators, or managers must collect when a guest rents a room in a hotel. A state HOT is collected at hotels, along with a local HOT. Thanks to the work of local legislators, Texas House Bill 2445 was passed allowing Abilene to keep the state HOT collected from visitors at its Downtown Hotel for a period of ten years. This unique opportunity will generate an estimated $8 million in revenue for the Downtown Hotel project.